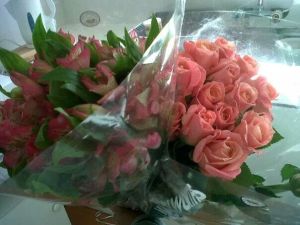 He makes me feel like the only girl in his heart and  maybe I am for the moment but he’s not open to receive me as such a big part of him. He’s too selfish and guess what I am too!! I really thought I was ready to play the part yet in my heart of hearts, deep down inside every nook and in all the crevices of my heart I am not ready for a serious committed relationship and I don’t know when I’ll be ready.Yet at my age (young-late twenties) it’s not what society would  have me thinking or believing. I often hear , ‘Oh Mel you’re not getting any younger, you know. You must make a plan. How’s the love life? Trust God to send you the right guy/husband that’s the main anthem of the church folk these days. The ultimate favourite one that I think has every single female dying inside has to be ‘think of your eggs!!That one has me screaming violently inside -what’s my eggs to you???Leave my eggs alone!!!! I honestly do not think about my eggs. I only do when I am reminded of them every 28 days when the lady in red pops by for a visit. I know I have eggs and I’m not bothered about them so why the hell are you????

I know too many married people that are unhappy. A few that had committed adultery and now divorced or in the process of getting divorced for numerous reasons and one common denominator I find true in every story of why it didn’t work out?Expectations! The expectations of being married were too intense so when reality started kicking in it seemed like the hype of being married and spending every waking moment with that person resulted in fear of freedom being lost and then selfish desires and actions were played out. I know married men young and old that flirts and totally disgusts me. They have me thinking aren’t you married? Arrgh! Like seriously what the hell is wrong with some married men??

My most recent conversation about marriage and commitment was with a buddy of mine. Whom I had always known to be a bit of a loose guy you know the non-committed types that has a girlfriend and other ones on the side and flirts with every girl he sees. I swear that when I’d see him he’d comment about how perfect my bum looked in what I was wearing. Never mind that his super nice girlfriend was standing 10 feet away from us and the fact that they’ve been going steady for a year or two. So in conversation with him about commitment and marriage I asked “so when are you popping the question? because the girl seemed serious about where they were headed and I had spoken to her previously when she had mentioned about getting married to him etc. So his reply was somehow predictable and he seemed honest and mentioned -No F#%K! he had replied, amongst other things like how he’s not ready, he’s too selfish,still looking around and that marriage is serious stuff and he’s not ready to grow up etc. Something that I knew and yet the biggest bomb two weeks later after this very conversation was while scrolling down my news feed on facebook was me looking at a pic of his engagement to this sweet darling girl.

Shocked much! I almost fell out of my chair and I immediately started laughing in disbelief to this madness and then as I thought it over I found myself asking, what changed in that space of two weeks to make him drastically go from NO to a crazy Yes! Yes! Yes! and change his decision to total commitment to marriage? Is she pregnant? No I’m not being horrible I’m being realistic. People can surprise you just today I learnt a friend that had gotten married over the weekend is expecting hence the marriage before her parents find out and shame her or disown her.People are sneaky and I know when she announces it to the world they’ll be doing the math and count back nine months before her wedding day.So was she stupid and inlove? hell I dunno??No judging on my part she is human and that is what I love about being human we all make mistakes.I wanna marry for love though sorry. What happened to getting married for love??? I am flabbergasted at some of the reasons young people my age are getting married for.

I’m an old soul and such a romantic that I still believe in finding true love and then commiting to a life of love and happiness with that person. I believe that I need to be a whole person before I find my other half. Happiness has to be present in me before I try and search it out in another.Back to the story of my buddy I will try and find out what changed I hope he’ll honestly tell me. I am hoping that for the marriage sake that he has had a paradigm shift in the space of two weeks. Heck I think that people can change. I’m rooting for him and I pray that he’s able to be faithful in this and so ready for the next chapter of his life. So cheers to them and others who has made a commitment and left behind their selfish ways and acts for true love.

As for me will continue on this journey of self-discovery and awesomeness just living and being until I find that one person that I can’t and won’t want to live without. For now I will hold onto the one that makes me feel like I have his heart and his love even if it’s just for the moment.